Online education tools continue to see a surge of interest boosted by major changes in work and learning practices in the midst of a global health pandemic. And today, one of the early pioneers of the medium is announcing some funding as it tips into profitability on the back of a pivot to enterprise services, targeting businesses and governments who are looking to upskill workers to give them tech expertise more relevant to modern demands.

Udacity, which provides online courses and popularized the concept of “nanodegrees” in tech-related subjects like artificial intelligence, programming, autonomous driving and cloud computing, has secured $75 million in the form of a debt facility. The funding will be used to continue investing in its platform to target more business customers.

Udacity said that customers in the segment include “five of the world’s top seven aerospace companies, three of the Big Four professional services firms, the world’s leading pharmaceutical company, Egypt’s Information Technology Industry Development Agency, and three of the four branches of the United States Department of Defense”, which work with Udacity to build tailor-made courses for their specific needs, as well as use off-the-shelf content from its catalogue.

“We’re seeing tremendous demand on the enterprise and government side,” said Gabe Dalporto, Udacity’s CEO who joined the company in 2019. “But to date it’s mostly been inbound, with enterprises, Fortune 500 companies and government organizations coming in and wanting to work with us. Now it’s time to build out a sales team to go after them.”

The news today is a welcome turn of events for a company that has been in the spotlight over the years for less rosy reasons, partly because it found it challenging to land on a profitable business model.

Founded nearly a decade ago by three robotics specialists including Sebastian Thrun, the Stanford professor who at the time was instrumental in building and running Google’s self-driving car and larger moonshot programs, Udacity initially saw an opportunity to partner with colleges and universities to build online tech courses (Thrun’s academic standing, and the vogue for MOOCs, were possibly two fillips for that strategy).

After that proved to be too challenging and costly, Udacity pivoted to positioning itself as a vocational learning provider targeting adults, specifically those who didn’t have the hours or money to embark on full-time courses but wanted to learn tech skills that could help them land better jobs.

That resulted in some substantial user growth, but still no profit. Eventually, the company faced multiple rounds of layoffs as it restructured and gravitated closer to its current form.

Currently, the company still provides direct-to-consumer (direct-to-learner?) courses, but it won’t be long, Dalporto said, before enterprise and government customers account for about 80% of the company’s business.

Previously, Udacity had raised nearly $170 million from a pretty illustrious group of investors that include Andreessen Horowitz, Ballie Gifford, CRV, Emerson Collective and more. This latest tranche is coming in the form of a debt facility from a single company, Hercules Capital.

Dalporto said the decision to take the debt route came after initially getting a number of term sheets for an equity round.

“We had multiple term sheets on the equity side, but then we received an unsolicited debt term sheet unsolicited,” he said. That led to the company modelling out the cost of capital and dilution, he said, and “it turned out it was the better option.” For now, he added, equity was “off the table” but it may consider revisiting the idea en route to a public listing. “For the foreseeable future, we are cash flow positive so there is no compelling reason right now, but we might do something closer to an IPO.”

Being a debt facility, this funding does not mean a revisiting of Udacity’s valuation. The company was last capitalized five years ago at $1 billion, but Dalporto would not comment on how that had changed in the (uncompleted) equity term sheets it had received.

Education is in session

The interest Udacity is seeing — both from investors and as a company — is part of the bigger spotlight that online education companies have had in the last year. In K-12 and university education, the focus has been on building better technology and content to help students stay engaged and continue learning even when they cannot be in their normal physical classrooms as schools, districts, governments and public health officials implement social distancing to slow the spread of COVID-19.

But that’s not the only classroom where online education is getting called on. In the world of business, organizations that have also gone remote because of the pandemic are facing a matrix of challenges. How can they keep employees productive and feeling like part of a team when they no longer work next to each other? How do they make sure their workforces have the skills they need to work in the new environment? How do they make sure their own businesses are equipped with the right technology, and the expertise of people to run it, for this latest and future iterations of “work”? And how can governments make sure their economies don’t fall off a cliff as a result of the pandemic?

Online education has been seen as something of a panacea for all of these questions, and that has spelled a lot of opportunity for tech companies building online learning tools and other infrastructure — with others including the likes of Coursera, LinkedIn, Pluralsight, Treehouse and Springboard in the area of tech-related courses and learning platforms for workers.

As with other market segments like e-commerce, this isn’t about a trend emerging out of the blue, but about it accelerating much faster than people projected it would.

“Given Udacity’s growth, focus on sustainable business practices, and expanding reach across multiple industries, we are excited to provide this investment. We look forward to working with the company to help them sustain their impressive global growth, and continued innovation in upskilling and reskilling,” said Steve Kuo, Senior MD and Technology Group Head at Hercules Capital, in a statement.

In the areas of enterprise and government, Dalporto described a number of scenarios where Udacity is already active, which are natural progressions of the kind of vocational learning it was already offering.

They include, for example, the energy company Shell retraining structural and geological engineers “who had good math skills but no machine learning expertise” to be able to work in data science, needed as the company builds more automation into its operation and moves into new kinds of energy technology.

And he said that Egypt and other nations — looking to the success that India has had — have been providing technology expertise training to residents to help them find jobs in the “outsourcing economy.” He said that the program in Egypt has seen an 80% graduation rate and 70% “positive outcomes” (resulting in jobs).

“If you take just AI and machine learning, demand for these skills is growing at a rate of 70% year-over-year, but there is a shortage of talent to fill those roles,” Dalporto said.

Udacity is for now not looking at any acquisitions, he added, for another 6-12 months. “We have so much demand and work to do internally that there is no compelling reason to do that. At some point we will look at that but it needs to be linked to our strategy.” 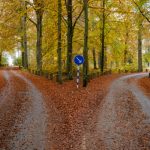 How startups can shake up their first idea and still... 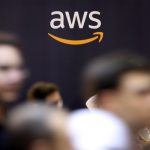