Twitter announced Tuesday that many accounts spreading the pervasive right-wing conspiracy theory known as QAnon would no longer be welcome on its platform.

Citing concerns about “offline harm,” the company explained that it would begin treating QAnon content on the platform differently, removing related topics from its trending pages and algorithmic recommendations and blocking any associated URLs. Twitter also said that it would permanently suspend any accounts tweeting about QAnon that have previously been suspended, coordinate harassment against individuals or amplify identical content across multiple accounts.

We will permanently suspend accounts Tweeting about these topics that we know are engaged in violations of our multi-account policy, coordinating abuse around individual victims, or are attempting to evade a previous suspension — something we’ve seen more of in recent weeks.

Twitter says the enforcement will go into effect this week and that the company would continue to provide transparency and additional context as it makes related platform policy choices going forward. According to a Twitter spokesperson, the company believes its action will affect 150,000 accounts and more than 7,000 QAnon-related accounts have already been removed for breaking the rules around platform manipulation, evading a ban and spam.

QAnon emerged in the Trump era and the conspiracy’s adherents generally fervently support the president, making frequent appearances at his rallies and other pro-Trump events. QAnon’s supporters believe that President Trump is waging a hidden battle against a secretive elite known as the Deep State. In their eyes, that secret battle produces many, many clues that they claim are encoded in messages sprinkled across anonymous online accounts and hinted at by the president himself.

QAnon is best known for its connection to Pizzagate, a baseless conspiracy that accused Hillary Clinton of running a sex trafficking ring out of a Washington D.C. pizza place. The conspiracy inspired an armed believer to show up to the pizza shop, where he fired a rifle inside the restaurant, though no one was injured.

While the conspiracy theory is elaborate, odd, and mostly incoherent, it’s been popping up in other mainstream places. Last week, Ed Mullins, the head of one of New York City’s most prominent police unions, spoke live on Fox News with a mug featuring the QAnon logo within clear view of the camera. In Oregon, a QAnon supporter won her primary to become the state’s Republican nominee for the Senate. 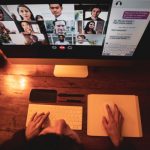 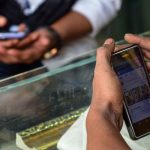