TikTok today announced a $200 million fund, aimed at helping top creators in the U.S. supplement their earnings, and potentially coax the next Charli D’Amelio out of the woodwork.

Called the TikTok Creator Fund, the money is aimed at helping “eligible” creators on the platform earn a livelihood, it said. Eligible for now is defined as 18 years or older, meeting a certain (unspecified) baseline for followers, and consistently posting original content that is in line with TikTok’s community guidelines. The platform will begin accepting applications from U.S.-based creators starting next month and distribute the capital over the coming year.

The promise of payouts is coming at a key moment for the app and its Chinese parent ByteDance . TikTok has been facing mounting criticism in the US, its biggest market by revenues, over how it handles user data and its ties to China, with calls from the Trump administration to ban the popular app outright.

And in response to that, TikTok has been making moves to present a more friendly face to the US. It has pledged to add 10,000 more staff in the US, and this week rumors began to circulate that investors in the US are considering buying a majority stake in the TikTok business back from ByteDance to establish control of the company out of China’s hands.

(It’s not clear if the latter is testing the waters of sentiment, or just an outright rumour, but as an aside to that, these days, ByteDance and TikTok try to go to great lengths to show they are not connected, if you go by how they handle their PR: Chinese spokespeople will not answer TikTok questions and refer journalists to the US team.)

Vanessa Pappas, GM of TikTok’s U.S. business, said in a blog post that ByteDance is starting the Creator Fund at $200 million and plans to increase it over time. She did not disclose how TikTok would decide what sum would be paid to an individual creator, and whether there would be any additional conditions to getting a payout. (We have asked about this and how many followers creators might need to have to be eligible, and will update as we learn more.)

TikTok already helps its creators sign brand partnerships and sponsorship deals, and it provides monetization for live-streams. The platform also has a $50 million Creative Learning Fund to introduce teachers to the platform, which has been used by some 1,000 teachers in the U.S. already. And a Creator Marketplace connects brands to creators to collaborate on paid campaigns.

“Through the TikTok Creator Fund, our creators will be able to realize additional earnings that reflect the time, care, and dedication they put into creatively connecting with an audience that’s inspired by their ideas,” she said.

TikTok currently employs about 1,400 people in the U.S. and recently crossed the milestone of 2 billion installs globally. Last year, it said it had 26 million users in the U.S.

Several lawmakers including Senators Chuck Schumer and Tom Cotton have expressed concerns in recent months that TikTok’s user data could end up with the Chinese government. China-headquartered ByteDance insists that it does not share any user’s data with the Chinese government, and that it stores its U.S.-based user data in the U.S. and Singapore. Earlier this week House lawmakers voted 336-71 to bar federal employees from using TikTok on government-issued devices.

TikTok, which appointed Disney streaming executive Kevin Mayer as its chief executive officer in May this year, also insists that it is a Cayman Islands incorporated firm.

For now, it seems that the programs that TikTok is launching are squarely aimed at fighting that fire in the US. It did not respond to a request for comment asking what it was doing to help creators in other markets supplement their earnings.

India, where TikTok has more than 200 million users and over 1 million creators, banned TikTok and 58 other apps developed by Chinese firms late last month over cybersecurity concerns. Its neighboring nation Pakistan issued a “final warning” to TikTok earlier this week over what it deemed “immoral, obscene, and vulgar content.” 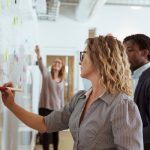 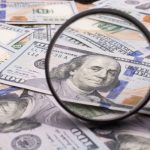