This has been a long time coming, but the OpenStack foundation today announced that it is changing its name to ‘Open Infrastructure Foundation,” starting in 2021.

The announcement, which the foundation made at its virtual developer conference, doesn’t exactly come as a surprise. Over the course of the last few years, the organization started adding new projects that went well beyond the core OpenStack project and renamed its conference to the ‘Open Infrastructure Summit.’ The organization actually filed for the ‘Open Infrastructure Foundation’ trademark back in April.

After years of hype, the open-source OpenStack project hit a bit of a wall in 2016, as the market started to consolidate. The project itself, which helps enterprises run their private cloud, found its niche in the telecom space, though, and continues to thrive as one of the world’s most active open-source projects. Indeed, I regularly hear from OpenStack vendors that they are now seeing record sales numbers — despite the lack of hype. With the project being stable, though, the Foundation started casting a wider net and added additional projects like the popular Kata Containers runtime and CI/CD platform Zuul.

“We are officially transitioning and becoming the Open Infrastructure Foundation,” long-term OpenStack Foundation executive president Jonathan Bryce told me. “That is something that I think is an awesome step that’s built on the success that our community has spawned both within projects like OpenStack, but also as a movement […], which is [about] how do you give people choice and control as they build out digital infrastructure? And that is, I think, an awesome mission to have. And that’s what we are recognizing and acknowledging and setting up for another decade of doing that together with our great community.”

In many ways, it’s been more of a surprise that the organization waited as long as it did. As the foundation’s COO Mark Collier told me, the team waited because it wanted to sure that it did this right.

“We really just wanted to make sure that all the stuff we learned when we were building the OpenStack community and with the community — that started with a simple idea of ‘open source should be part of cloud, for infrastructure.’ That idea has just spawned so much more open source than we could have imagined. Of course, OpenStack itself has gotten bigger and more diverse than we could have imagined,” Collier said.

As part of today’s announcement, the group is also adding four new members at Platinum tier, its highest membership level: Ant Group, the Alibaba affiliate behind Alipay, embedded systems specialist Wind River, China’s Fiberhome (which was previously a Gold member) and Facebook Connectivity. To become a Platinum member, companies have to contribute $350,000 per year to the foundation and must have at least 2 full-time employees contributing to its projects.

“If you look at those companies that we have as Platinum members, it’s a pretty broad set of organizations,” Bryce noted. “AT&T, the largest carrier in the world. And then you also have a company Ant, who’s the largest payment processor in the world and a massive financial services company overall — over to Ericsson, that does telco, Wind River, that does defense and manufacturing. And I think that speaks to that everybody needs infrastructure. If we build a community — and we successfully structure these communities to write software with a goal of getting all of that software out into production, I think that creates so much value for so many people: for an ecosystem of vendors and for a great group of users and a lot of developers love working in open source because we work with smart people from all over the world.”

The OpenStack Foundation’s existing members are also on board and Bryce and Collier hinted at several new members who will join soon but didn’t quite get everything in place for today’s announcement.

We can probably expect the new foundation to start adding new projects next year, but it’s worth noting that the OpenStack project continues apace. The latest of the project’s bi-annual releases, dubbed ‘Victoria,’ launched last week, with additional Kubernetes integrations, improved support for various accelerators and more. Nothing will really change for the project now that the foundation is changing its name — though it may end up benefitting from a reenergized and more diverse community that will build out projects at its periphery. 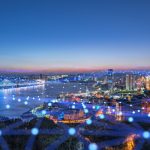 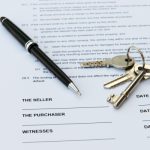