Snapchat’s location sharing app acquisition Zenly has gamified shelter-in-place during the COVID-19 outbreak. Today the app launched its Stay At Home challenge that shows a leaderboard of which friends have spent the most percentage of the last three days in their homes. Users can see who’s social distancing the best and share stickers of the scoreboard and coronavirus prevention tips to Snapchat, Instagram, and other apps. 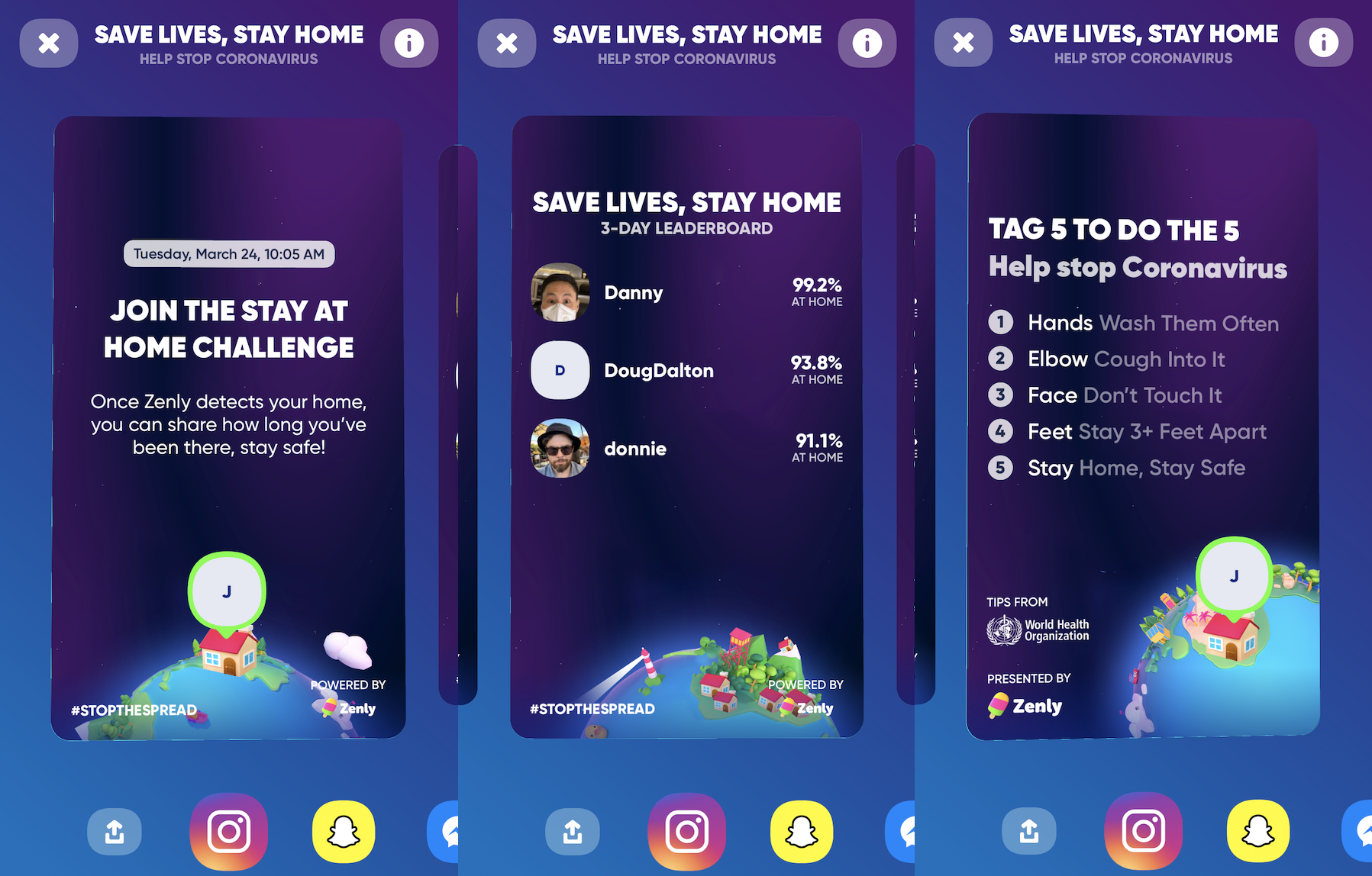 Location apps like Zenly typically encourage users to go out and explore the world suddenly lost most of their purpose due to widespread order for people to self-quarantine. They even might have incentivized people to disobey those orders. But by building a game around isolation, Zenly could make it cool to show off how you’re NOT grabbing coffee, visiting friends, or taking a walk down Main St.

Zenly’s CEO Antoine Martin announced the feature this morning, and credited a tweet I posted on March 15th calling for developers to build a gamified quarantine app as the inspiration. The quick work and rapid deployment was spearheaded by Danny Trinh, the renowned designer of Path who joined the company last year. TechCrunch broke the news back in June 2018 that Snapchat had acquired Zenly for $213 million plus retention bonuses.

Beyond Zenly’s version of “Pokemon No Go”, the app is also offering up tips for containing coronavirus and a link to World Health Organization info. You can also attach a surgical mask to your profile pic to let your friends know you’re taking social distancing seriously.

What could really make a difference in convincing people to do their part to fight this worldwide pandemic, though, is Zenly’s coronavirus lens for its map that it released last week. It lets you look around the world and see the number of confirmed cases and recoveries in each country or state. Zenly is update the data three times per day based on the The John Hopkins Center for Systems Science and Engineering. The map also overlays info from the WHO, the Netherlands’ BNO News, China’s DXY, and this crowdsourced GitHub. 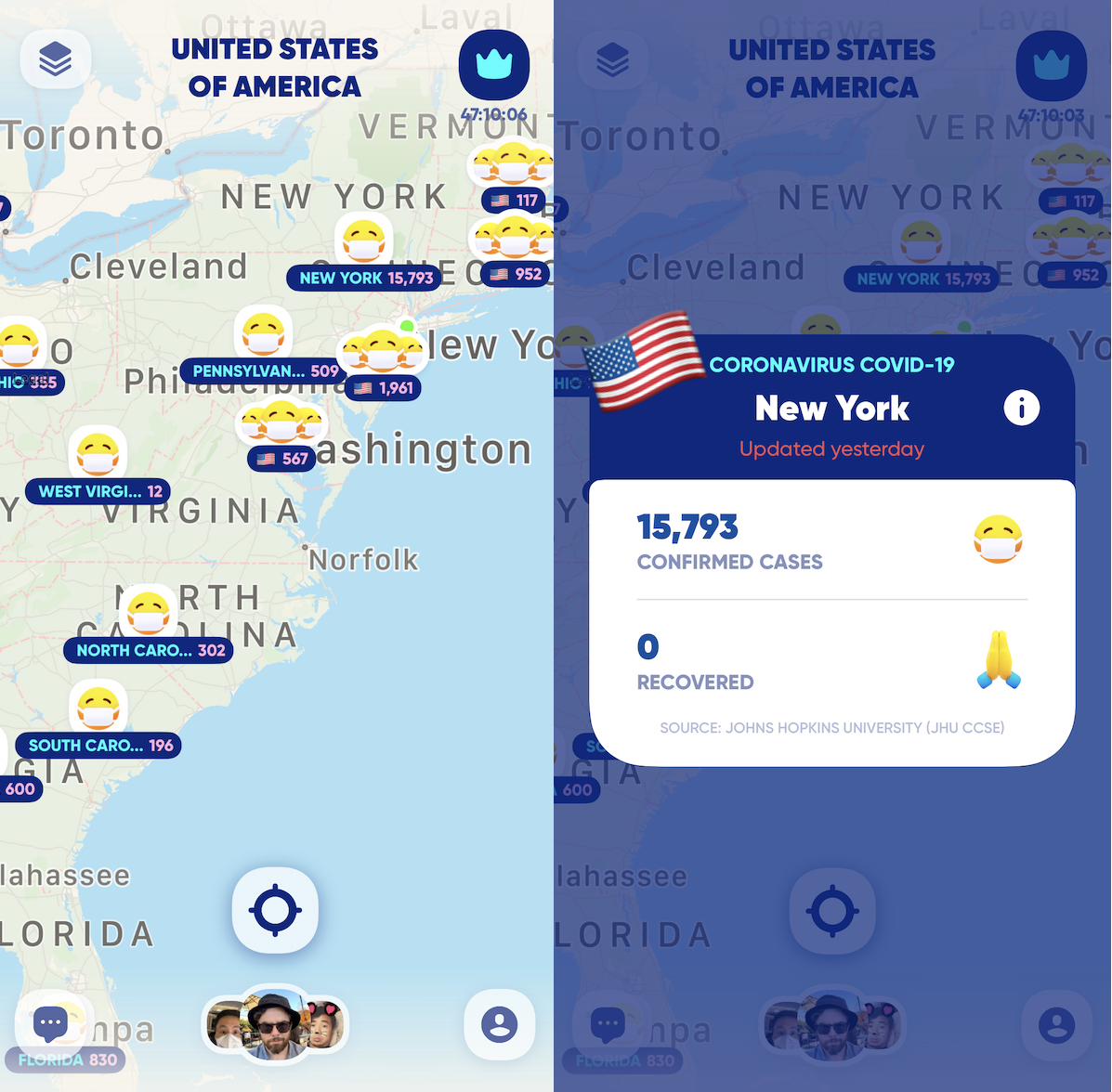 We’ve asked if there’s any plans to launch similar features on Snap Map, which was inspired by Zenly. To date, Snapchat has mostly allowed its acquisition to operate independently from its existing headquarters in Paris.

“During these tough times, millions of people are turning to Zenly as a source of information and connection, so that they can feel close to friends and family even when social distancing is keeping them apart” says Martin. “While spending too much time at home could be perceived as uncool, we wanted to flip the narrative to make it something that our community would be proud of and do our part in stopping the spread.” Foursquare founder Dennis Crowley had told me his company was looking for a way to build its own quarantine gamification, and now has complimented Zenly on its execution, calling it “clever and awesome and beautiful”.

Knowing what’s happening around the globe might reinforce the gravity of our situation and that people can’t just go about their normal routine. We all have to battle this together, even if we’re stuck apart. Thanks to Zenly, social distancing just got a lot more social. 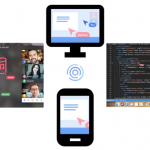 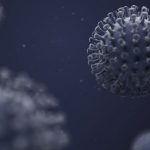 Twitter is donating $1M across two foundations to support journalism...