Hunters, a Tel Aviv-based cybersecurity startup that helps enterprises defend themselves from intruders and analyze attacks, today announced that it has raised a $15 million Series A funding round from Microsoft’s M12 and U.S. Venture Partners. Seed investors YL Ventures and Blumberg Captial also participated in this round, as well as new investor Okta Ventures, the venture arm of identity provider Okta. With this, Hunters has now raised a total of $20.4 million.

The company’s SaaS platform basically automates the threat-hunting processes, which has traditionally been a manual process. The general idea here is to take as much data from an enterprise’s various networking and security tools to detect stealth attacks.

“Hunters is basically this layer, a cognitive layer or connective tissue that you put on top of your telemetry stack,” Hunters co-founder and CEO Uri May told me. “So you have your [endpoint detection and response], your firewalls, cloud, production environment sensors — and all of those are shooting telemetry and detections all over the organization, generating huge amounts of data. And, basically, our place in the world depends on our ability to generate that delta. So without being able to find things that you can’t see with a single point solution or without really expediting response procedures and workflows by correlating things in a nontrivial way, we don’t have any excuse to exist. But we got pretty good at those — at showing that delta — and we onboarded customers — nice logos — and that was a very strong validation.” 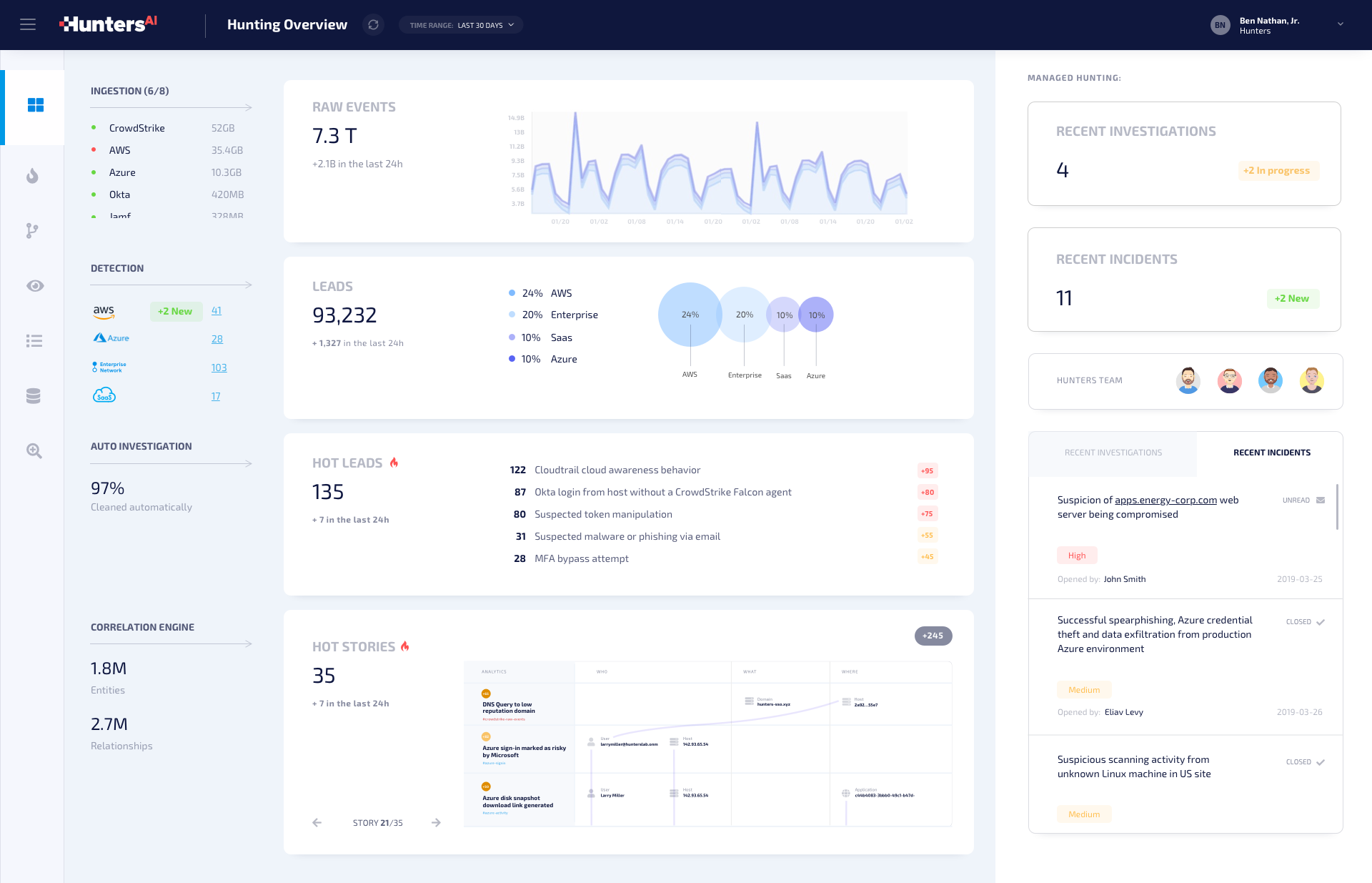 Hunters’ first customer was actually data management service Snowflake, which functioned as the company’s design partner. In addition to being a customer, Snowflake now also features Hunters in its partner marketplace, as does security service CrowdStrike. May also noted that Crowdstrike is a good example for the kind of customer Hunters is going after.

“Not necessarily Global 2000 or Fortune 500. It’s really high-end mid-market organizations, not necessarily tens of thousand employees, but billions of dollars in revenues, a lot of value at risk, born to the cloud, super mature tech stack, not necessarily a big security operation center, but definitely CISO and a team of security engineers and analysts, and they’re looking for the solution, that on-top solution that can make sense of a lot of the data and give them the confidence and also give them results in terms of cybersecurity, posture and their detection and response capabilities.”

Microsoft already has a large security development center in Israel and so it’s no surprise that Hunters appeared on the company’s radar. Hunters also spent some time proactively looking at the Microsoft ecosystem, May told me, but the company’s VCs also made some introductions. All of this culminated in a number of meetings at the Tel Aviv CyberTech conference in January and the RSA Conference in San Francisco in February, just before the coronavirus pandemic essentially shut down travel.

Hunters says it will use the new funding to build out its go-to-market capabilities in the U.S. and expand its R&D team in Israel. As for the product itself, the company will look to broaden its product integration and machine learning capabilities to help it generate better attack stories. May also noted that it plans to give its users capabilities to customize the system for their needs by allowing them to develop their own signals and detections to augment the company’s default tools. This, May argued, will allow the company to go after higher-end enterprise customers that already have threat-hunting teams but that are looking to automate more of the process. With that, it will also look to partner with other security firms to leverage its system to provide better services to their customers as well.

Hunters raises $15M Series A for its threat-hunting platform – TechCrunch 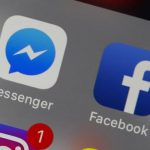 Facebook says it will prioritize original reporting and ‘transparent authorship’... 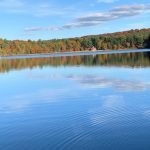 Upsolver announces $13M Series A to ease management of cloud...