As Google Cloud looks to convince more enterprises to move to its platform, it needs to be able to give businesses an onramp for their existing legacy infrastructure and workloads that they can’t easily replace or move to the cloud. A lot of those workloads run on IBM Power Systems with their Power processors and until now, IBM was essentially the only vendor that offered cloud-based Power systems. Now, however, Google is also getting into this game by partnering with IBM to launch IBM Power Systems on Google Cloud.

“Enterprises looking to the cloud to modernize their existing infrastructure and streamline their business processes have many options,” writes Kevin Ichhpurani, Google Cloud’s corporate VP for its global ecosystem in today’s announcement. “At one end of the spectrum, some organizations are re-platforming entire legacy systems to adopt the cloud. Many others, however, want to continue leveraging their existing infrastructure while still benefiting from the cloud’s flexible consumption model, scalability, and new advancements in areas like artificial intelligence, machine learning, and analytics.”

Power Systems support obviously fits in well here, given that many companies use them for mission-critical workloads based on SAP and Oracle applications and databases. With this, they can take those workloads and slowly move them to the cloud, without having to re-engineer their applications and infrastructure. Power Systems on Google Cloud is obviously integrated with Google’s services and billing tools.

This is very much an enterprise offering, without a published pricing sheet. Chances are, given the cost of a Power-based server, you’re not looking at a bargain, per-minute price here.

Since IBM has its own cloud offering, it’s a bit odd to see it work with Google to bring its servers to a competing cloud — though it surely wants to sell more Power servers. The move makes perfect sense for Google Cloud, though, which is on a mission to bring more enterprise workloads to its platform. Any roadblock the company can remove works in its favor and as enterprises get comfortable with its platform, they’ll likely bring other workloads to it over time. 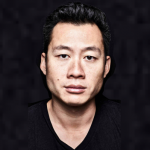 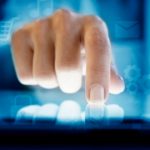