Bitcoin price (BTC) is extending the bull-run today and bulls are enthusiastic to breach the $10K mark sooner than later. The fresh wave of optimism is the consequence of Goldman Sachs strategy of launching cryptocurrency derivatives. Improving market trends and analysts bullish price bets are also encouraging.

BTC coin hit the $9,800 level earlier today for the first time in last two months.  Its price is still in the green today, up 6% in the last twenty-four hours. The largest coin generated the total trading volume of $9.8 billion today, and its market cap swells to $163 billion. 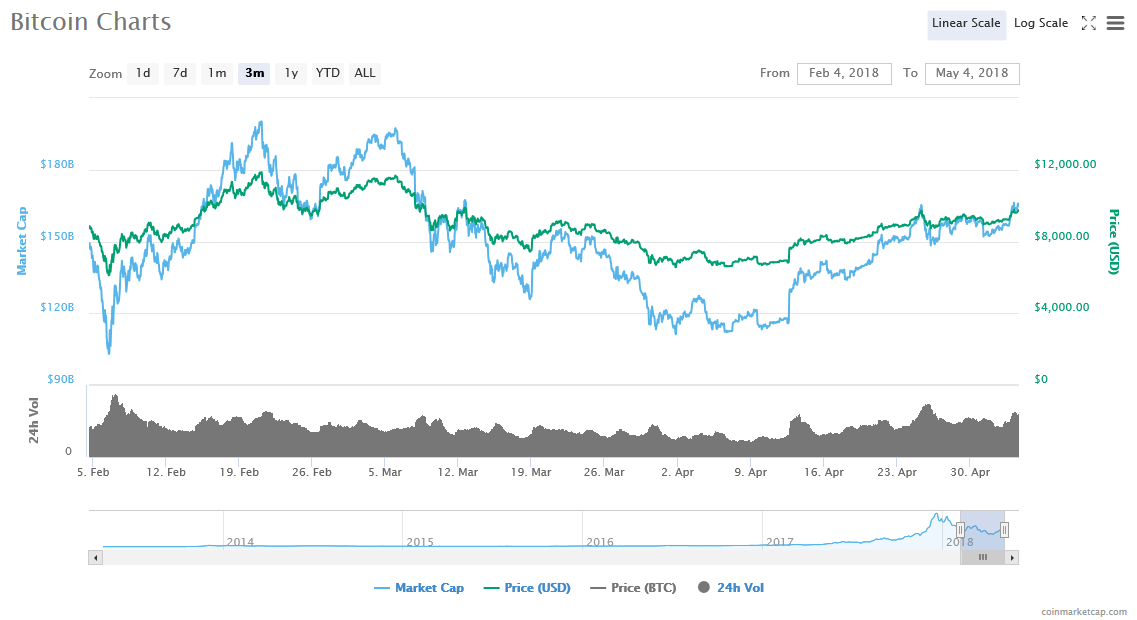 Goldman Sachs, one of the largest banks, plans to launch bitcoin derivatives trading. The firm also made its first “cryptocurrency hiring” last week, which signifies the plan to expand its cryptocurrency activities.

“There’s been some level of sentiment amongst institutional investors that the asset class isn’t legitimate until the big banks get involved. And while they’re still not trading the underlying, Goldman getting involved in the forwards is an important first step,” said Michael Moro, chief executive of Genesis Global Trading

Although bears pulled bitcoin price back below $9,000 last week after Warren Buffett’s negative comments, bulls are again on top of the market following Goldman Sachs escalating interest in cryptocurrencies. Ethereum (ETH), Ripple (XRP) and Bitcoin Cash (BCH) are also in the green today.

The market analysts are frequently predicting bitcoin price to surpass the $20,000 mark this year despite the price correction in the first two months of the year.

Mati Greenspan believes bitcoin will “undoubtedly” beat its all-time high. The expert said, “The cryptocurrency price is likely to reach new highs in the future, adding that the January decline is part of a normal retracement after an epic high.”

US asks China to cut trade deficit by $200bn