The race is on to build more efficient chip technology for faster and less power-intensive computing, and today an innovative startup that’s built one solution based on in-package optical interconnect (optical I/O) technology is announcing a round of growth funding from a number of strategic investors that speaks to how its approach is getting traction.

Ayar Labs, which makes chip solutions based on optical networking principals — architecture that promises both faster computing speeds and far less power consumption (and heat) in the process — has picked up $35 million in a Series B round of funding. Co-led by Downing Ventures and BlueSky Capital, the round also includes Applied Ventures (the VC arm of Applied Materials), Castor Ventures and SGInnovate (the Singaporean government’s deep tech fund), with participation also from existing investors BlueSky Capital, Founders Fund, GLOBALFOUNDRIES, Intel Capital, Lockheed Martin Ventures, and Playground Global.

Charles Wuischpard, CEO of Ayar Labs said that the funding will be used to continue developing its product as well as working on further commercialization. “The main application area for our technology is next-generation computing, anywhere that there is massive movement of data,” he said.

That includes aerospace and government applications, artificial intelligence and high-performance computing, telecoms and cloud applications, and LIDAR for self-driving car and other autonomous systems. Currently Wuischpard said that most of Ayar’s work is in the areas of AI and HPC — it’s a key partner of Intel’s in its work on AI computers for Darpa (see here and here) — and in telecoms/cloud.

Ayar’s focus on optical technology — specifically using silicon photonics and processing to build an optical communication device that can be built into a CPU — is emerging as a key area for chipmakers. Just last week, Marvell announced that it would buy Inphi, an optical networking specialist, for $10 billion.

As Wuischpard describes it, the big breakthrough that Ayar has brought to bear has been bringing down the size and scale of the technology to work within a computer’s core chip architecture, its CPU, which impacts and controls memory, control unit, and processing/logic, helping to speed up computing for the most demanding applications.

(The company was co-founded by Mark Wade, Chen Sun, Vladimir Stojanovic, and Alexandra Wright-Gladstein based on work at MIT, and they brought in Wuischpard, an engineer by training and also a veteran exec from Intel, to help figure out how to build a commercialised business around that.)

“Optics has been around for a long time,” he points out, first in subsea cabling, then between data centers and then inside the data center. “We think of ourselves as the last or first mile, bringing optical tech into the CPU.”

As he describes it, the company has devised a new type of modulator to turn electrons into photons, a “mirroring modulator” as he calls it. “There have been 1,000 research papers on this, but it’s typically difficult to manufacture and operate over a wide range of temperatures, and this is where a lot of our patents come in, to develop that into a single chiplet” he said. The amount of bandwidth the tech can handle, 2 terabits/second, “would fill a whole server, but we are doing it in 5×9 millimeters.”

He adds that the opportunities here are such that there are others also working on the same kind of technology. “There are bigger companies and one or two smaller ones, but they are all still a couple of years behind us in commercialization,” he said. “It’s one thing to build one, versus a million.” Having GLOBALFOUNDRIES as an investor — it’s also fabricating hardware for Ayar — is key in this regard.

The company seems like it would be a key acquisition target, I pointed out, not least because of the race for having ownership of technology that can give a company a leading edge over another, but also because of the trend of consolidation in the chip industry. (Intel’s acquisition of Habana Labs also underscores the interest it has in optical tech.)

Wuischpard laughs a little ironically and says that Covid-19 has been a “help” in this regard: acquisitions have slowed down, giving the startup more time and less pressure to sell up.

“Ayar Labs represents the future of interconnects which have eventual applicability to every electronic device on earth”, said Warren Rogers, Partner and Head of Ventures at Downing Ventures, in a statement. “We have the highest confidence that when their optical I/O technology is applied to computing, the industry will finally break away from Moore’s Law and redefine the boundaries of computing.”

“We’ve been an investor in Ayar Labs since the beginning and have been looking for opportunities to increase our ownership in the company” added Madison Hamman, Managing Director of Blue Sky Capital. “We are very excited about Ayar Labs and believe in their patented technology and execution of a plan that makes it a core building block of future computing systems.” 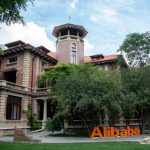 Alibaba passes IBM in cloud infrastructure market with over $2B... 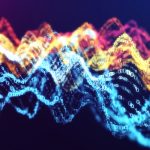 Intel has acquired Cnvrg.io, a platform to manage, build and...